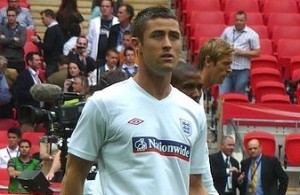 Chelsea FC appear to be closing in on their main defensive target Gary Cahill and it looks as though a deal for the Bolton Wanderers defender will be tied up by early January.

Chelsea’s defence of late has been woeful at best where they have conceded five against Arsenal and two against Liverpool. Although their defending has been better against the teams out of the bottom six it looks as though Andre Villas-Boas wants to tighten things up at the back as quickly as possible.

Whilst Cahill does have Premiership experience, his season has been no better than Chelsea’s and although one cannot put the blame entirely on him, he has been left wanting on numerous occasions.

With Villas-Boas under pressure to get some big results sooner rather than later, and with John Terry still under investigation for alleged racist remarks against QPR’s Anton Ferdinand, the West London club will be hoping that January comes along a lot quicker than the month and a half remaining on the calendar.

With Chelsea having been in discussions with Bolton Wanderers for some time, it did appear at one stage that Tottenham Hotspur’s could be favourites and certain reports suggested a last minute deal to take him to White Hart Lane was “close” to being agreed albeit to have failed at the eleventh hour.

Should Chelsea persist in their interest for the England defender then, as sources suggest, Terry will have a fellow Englishman to partner him at the back.