Chelsea have found the perfect man to replace veteran Drogba

The succession of Didier Drogba was always going to be a tough one. Didier was a menacing focal point of Chelsea’s attack for years, terrorising defenders with intimidating physicality, intelligent attacking and clinical finishing to top it all off.

He is undoubtedly Chelsea’s greatest ever centre forward. A dynasty was created. During his time with the club, the Blues had always struggled to find a player to compete with Drogba for his starting spot or to eventually succeed him.

Nicolas Anelka, at his peak was an otherwise lethal forward when played down the middle. However, competing with Drogba during his peak proved to an insurmountable challenge and he spent the majority of his Chelsea time slugging it out on the wing. 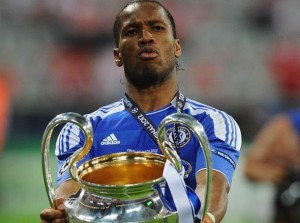 Previously, Sturridge and Lukaku were both candidates to rival and the succeed Drogba. But Sturridge suffered from Anelka-syndrome and eventually after 96 games and 24 goals got tired of the ball-scarce region of the wing and moved on, proving prolific for Liverpool in a central position.

Lukaku was a slightly different situation. Unlike others before him, he was never really given a chance at Chelsea. Only mustering 15 appearances and 0 goals, he was eventually off-loaded to Everton.