The Blues manager Jose Mourinho is hopeful Ramires can play a crucial role in the club’s pursuit of success this season after confirming the Brazilian has fully recovered from a thigh problem.

The27 year-old has been troubled by injury for much of the season and made his first appearance in two months in the 3-0 win over Watford in the FA Cup third round on Sunday 4 January.

Now, Chelsea are expected to challenge for all four competitions this term following their breathless first half of the season and their formidable squad options. 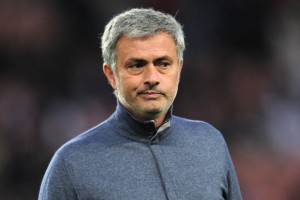 As, Mourinho has pinpointed the return of his tenacious Brazilian as a defining factor in any success the club may celebrate this season.

“I am pleased that Ramires is back. He needs to play without pain, which he did for the first time for a long, long time against Watford,”said Mourinho.

He added that now it is a question of having his qualities again and getting back to his normal level. To not feel pain in months and months, especially in a crucial area for a player to feel good, is significant. He said that we need Ramires, as he is very important for his side’s success in second phase of the season