The Blues extended their lead to five points at the top of the Premier League table by cruising to a victory on Saturday afternoon.

Chelsea gaffer Jose Mourinho’s side scored four goals before half-time, courtesy of doubles from Diego Costa and Oscar, and although they were unable to repeat the trick after the break, Andre Schurrle added a late fifth. 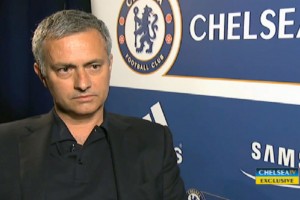 While, Branislav Ivanovic has now assisted a goal in 3 successive Premier League games; this after 32 without one in the top flight. The Serbian has set-up more goals this term, than he managed throughout the past two seasons combined. He fashioned two key passes versus Swansea.

Overall, Chelsea have scored 5+ goals five times in 89 games in Jose Mourinho’s second spell; they did it twice in 185 games in his first. Here the Blues scored four first-half goals in a Premier League match for the first time since beating Arsenal 6-0 in March 2014.

Chelsea upcoming star, Diego Costa has now scored five and assisted one in 147 minutes of Premier League football against Swansea.