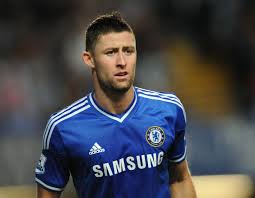 The Blues  centre-back Gary Cahill has backed his teammate Diego Costa after the FA charged him with violent conduct for an alleged stamp on Liverpool midfielder Emre Can during the second leg of the League Cup semi-final, which was played at Stamford Bridge on 27 January.

“you cannot change the way some players play and it is one of the striker’s strengths.” Said Chaill.

now also defended his teammate claiming that Costa’s special physical approach to the game is eventually what let him make the difference.

“I don’t think you can change the way some players play and it is one of his strengths, obviously channeled in the right direction. And 99% of the time it is,” said Cahill.

The center-back added that Costa is a very physical guy, that is just the way he plays, and that is why he has adapted so well to the Premier League.

He also points out that he already suffered Costa’s special skills last season during the Champions League semi-final when Atletico Madrid beat the Blues.

“I played against him before he even came to the club when we played Atletico Madrid over two legs in the semi-final [of the Champions League] and he is a physical guy who is a handful to play against as a defender.” the center -back added.