It’s fourth in the Premier League against fourth in the Championship as Chelsea welcome Nottingham Forest to Stamford Bridge today in the third round of the FA Cup.

It’s a carbon copy of last season’s fixture, when the Blues beat Forest 2-0 in west London thanks to an Alvaro Morata double & its the first game for both sides in this season’s competition, with both looking to kick off the campaign with a win. 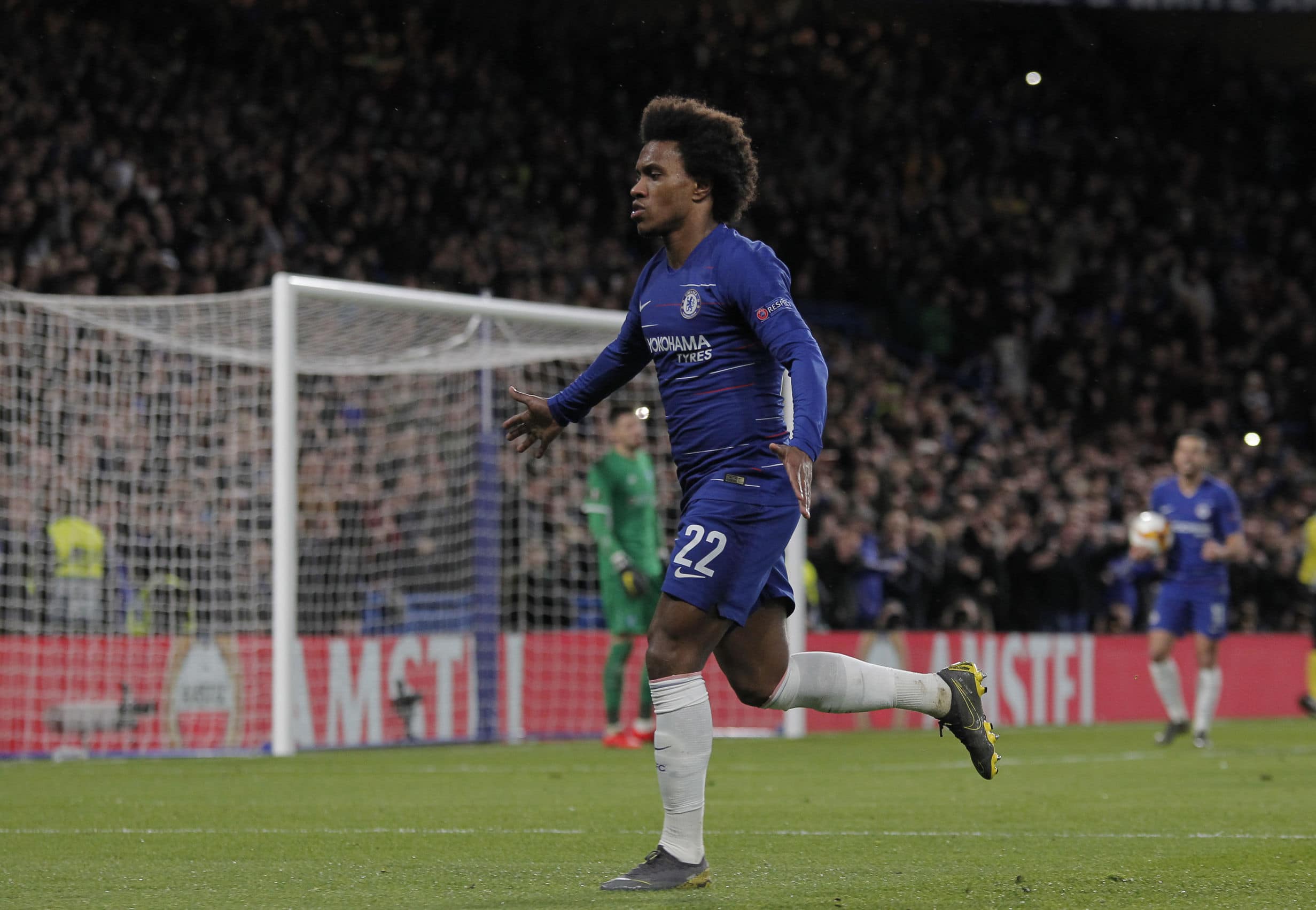 LONDON, ENGLAND – MARCH 7 2019: Willian of Chelsea celebrates scoring a goal during the Europa League match between Chelsea and Dynamo Kyiv at Stamford Bridge.

The Blues went on to lose to Manchester United in the fifth round last time out, but will be looking to recreate their 2018 success when they lifted the trophy at Wembley.

They are unsurprisingly favourites heading into the match, and are available at 3/14 to win the game.

Chelsea boss Frank Lampard won the trophy four times as a player, but will be looking to get his managing career with the club off to a good start in the competition.

After a hectic festive period, both sides will undoubtedly rest certain members of their squad.

Having played four games in 11 days, the hosts will more than likely field a more youthful and inexperienced side, yet the likes of Ross Barkley and Michy Batshuayi may feature in a bid to gain some minutes.

Should Tammy Abraham keep his place up front, he’s 13/5 to score the game’s opening goal. His strike partner Batshuayi can be backed at 18/5.

A rare opportunity could be given to forgotten man Olivier Giroud, and he’s available at 15/4 to find the net first.

Forest’s Lewis Grabban has 14 league goals this season, and will be looking to impress against the Premier League side on Sunday. He’s 12/1 to score first at Stamford Bridge.

Joe Lolley will also be a threat going forward for the visitors, and he’s available at 22/1 to score first and 6/1 to score anytime.

It’s 13/10 for the Blues to win in a game involving goals from both sides, and 20/1 for an away win and both teams to score.

The hosts have won the competition on eight occasions, with their first victory coming in 1970.

Forest meanwhile have two FA Cup titles to their name, winning the tournament in 1898 and 1959.