The Blues manager Jose Mourinho has insisted that his side will revel in the chance to face Liverpool in the hostile Anfield atmosphere on Tuesday night.

Mourinho’s Premier League leaders head to Merseyside for the first leg of the Capital One Cup semi-final looking for a third consecutive away win against the Reds.

The 2-1 success this season came just a few months after the famous 2-0 victory in April 2014, a result which proved crucial in preventing Liverpool from winning the title. 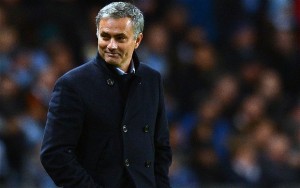 “We played there a couple of months ago and it’s a historical stadium – who doesn’t like to go there and play?” said the Portuguese. “Everybody likes it. I like it, my players like it and its only good feelings to play at Anfield.” he added.

The Blues have three cup games in a week, facing Bradford in the FA Cup at Stamford Bridge on Saturday before Liverpool visit for the second leg of the League Cup on Tuesday week.

Chelsea gaffer said that it will be a good week. The semi-final of the Capital One Cup and a cup match is always enjoyable if you play against a lower-league side.

Chelsea’s next league game sees them face Manchester City at Stamford Bridge on Saturday, January 31. That match could see their lead at the top of the table stretched to eight points.