The sources close to the Barcelona star insist the Blues have made it known they are willing to pay his £200m buy-out clause.

But they also claim that Chelsea are willing to meet his wage demands, which could double the total cost of the deal.

Those close to Messi insist Chelsea are ready to take advantage if he does decide to quit the Nou Camp next summer. Now, signing him would test Chelsea’s ability to stay within the limits of Financial Fair Play to the limit.

Blues owner Roman Abramovich could find the chance to sign one of the best players in world football too good to pass up.

While, Manchester City and Paris St Germain are also monitoring the situation, but both have much less wriggle room having already broken FFP rules. 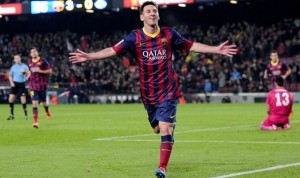 As, Messi started Sunday’s defeat to Real Sociedad on the bench, and is understood to be one of a number of senior players at odds with Enrique. But if anyone leaves Barcelona next summer it is more likely to be the manager, especially after losing his closest ally at the club.