Chelsea have allowed midfielder Lewis Baker to join Sheffield Wednesday on loan for the rest of the season.The midfielder has joined the club until 2 May.

He progressed through Chelsea’s academy and signed his first professional deal in 2012. It will be a first spell away from Stamford Bridge for the 19-year-old, who made his Blues debut as a substitute in the FA Cup third-round win at Derby last January.

Baker arrives from Chelsea, where he scored a stunning 17 goals from midfield last season for their under-21 side

He was also named the club’s young player of the season, having scored five goals in eight games for the Under-19s in the Uefa Youth League.

The Englishman also won the Chelsea goal of the season for a back-heeled finish against Arsenal in an Under-21 game. 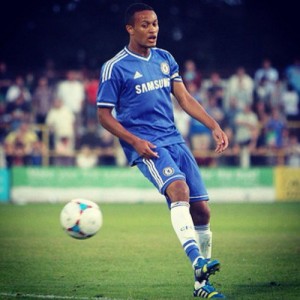 The teenager was rewarded for his form with a new five-year contract in August and in October was called up to the England Under-21 squad for the first time.

Meanwhile, Nottingham Forest have also signed Chelsea right-back Todd Kane on loan until the end of the season.The 21-year-old was on loan with League One side Bristol City and was set to stay until 18 January.Kane, who has yet to play a first-team game for the Blues.