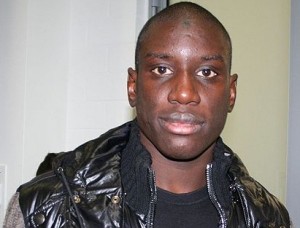 Arsenal manager Arsene Wenger has already suggested that there will be no signings in January, nothing major at least and with the size of their current squad it would be unwise to bring others in after Christmas, especially whilst the side are doing so well once again.

Sources close to the club have informed us that the squad will be assessed and then reassessed over the next six months and that there will be tweaks made in the summer but who could these new players be and how far is Wenger likely to go in his quest for the title again.

It does not help that Manchester City have more money than the Catholic Church at the moment however both Arsene Wenger and Sir Alex Ferguson have shown in the past that money does not make a great football team. For Arsenal things do look bright and it does amuse me that many still feel that midfielders are required, what with Ramsey, Wilshere, Song and the likes of Frimpong, Coquelin and Chamberlain coming along nicely – the future of Arsenal actually stinks to high heaven of absolute class.

The positions that possibly concern most would be up front, where van Persie, although scoring “all” of the time, surely cannot do it for the rest of the season. There is also the goalkeeping position. Heaven forbid if Szczesny were to fall victim to a long term injury, I simply don’t believe we have a enough top class cover if that were to happen. Mannone and Fabianski are good, but with Almunia looking extremely likely to leave then that will need to filled, hopefully with a player with some experience and someone that Szczesny could learn from.

The next position I would like to see “scouted” is for a utility defender, Primarily at left-back. Yes, Arsenal do have Gibbs, but he spends most of his time in Holby City, Kos and Djourou can and have played there before. The jury is still out on Santos, he can certainly attack but defensively it appears we could do with another.

Attacking midfielders are next on the agenda with those we have in the squad perhaps a little too old to take the side much further. Benayoun, Arshavin and Rosicky are not World Class and although finding one would cost anything from £25m upwards this is an area that will need to be looked at.

My personal choice to fill these specific positions are thus.

Backup Goalkeeper: Paul Robinson (Blackburn Rovers) 32 Years old, plenty of experience. The downside could be the former England Number One not wishing to play second fiddle to Szczesny.

Utility defender: Jan Vertonghen (Ajax) This guy is good and at 24 years old is just ripe for Arsenal. Able to play at centre-back, left-back and if needed as a defensive midfielder.

Attacking Midfielder: Milos Krasic (Juventus) The 27 year old would be superb for Arsenal over the next four/five years. Experienced winner in Russia and can play on the wing too.

Goal Scorer: Demba Ba (Newcastle United) Say what you like the guy scores goals and that is just what Arsenal need, at 26 years he is starting to find his top form and a side with van Persie and Ba together will get you goals week in, week out.