The Blues come into the game on the back of a 5-0 win away to Swansea and will be keen on getting one over Liverpool at Anfield once again after beating them twice in 2014.

However, Brendan Rodgers’ side continued their fine run of form with a 2-0 win at Villa Park. The Blues will try to break their unbeaten run to eight in all competitions, since losing 3-0 to bitter rivals Manchester United on December 14. 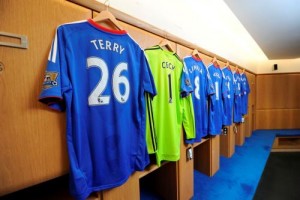 This Capital One Cup tie brings back the memories of the 2005 final where Chelsea ran out 3-2 winners after extra time. It was José Mourinho’s first trophy as Blues manager and he will surely want to kick-start his second stint with the club in a similar vein.

The Portuguese may opt to keep most of the starting XI that crushed Swansea at the weekend.

The Belgium International, Thibaut Courtois could be reinstated in goal after recovering from his finger injury, while Kurt Zouma may replace one of John Terry or Gary Cahill. Apart from that, expect to see the regular faces in the line-up.

Diego Costa will spearhead the attack with the likes of Eden Hazard, Oscar and Willian just behind him. Cesc Fabregas and Nemanja Matic are also set to feature with John Obi Mikel on the bench this time around.