Two sides in the lower regions of the Premier League meet as Crystal Palace host a struggling Sunderland later this evening.

Crystal Palace let a two goal lead slip away to West Brom last time out, with the hosts rescuing a late point.

>The visitors were two up through first half strikes from Brede Hangeland and a Mile Jedinak penalty.

The half-time introduction of Victor Anichebe changed the game with the forward scoring one and winning a late penalty to earn West Brom a draw.

Sunderland weren’t embarrassed two weeks in a row, however defensive errors cost them dearly at home to Arsenal. 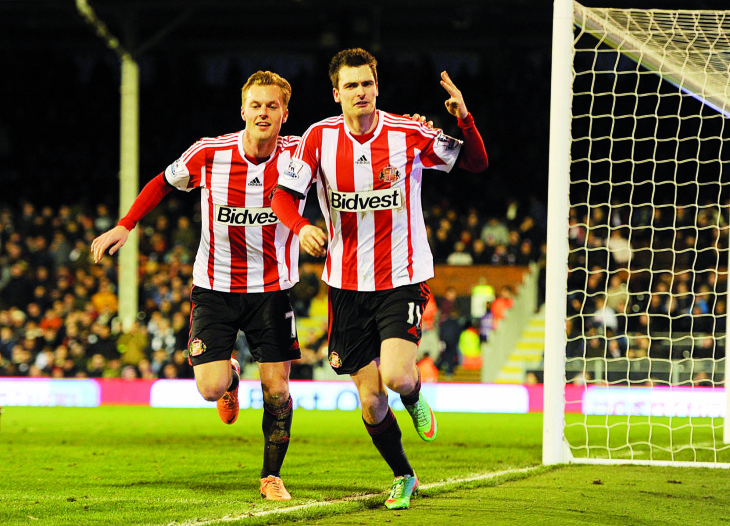 Alexis Sanchez scored both goals in the victory, with Wes Brown and Vito Mannone gifting the Chilean his efforts.

Crystal Palace took four points from Sunderland last term, including their first win back in the Premier League.

Palace recorded a 3-1 win at Selhurst Park, with Dwight Gayle winning and scoring the vital penalty with the scores at 1-1.

Team news
The former Ipswich defender Damien Delaney will return into the heart of Palace’s defence, after his ban ended.

Adrian Mariappa is the favourite to make way, with the experienced Hangeland to continue.

Wilfried Zaha started ahead of Jason Puncheon last weekend and the same could happen again on Monday evening.

Reports have claimed that Costel Pantilimon will come in for Mannone in goal, who has endured a tough few weeks.

Connor Wickham may start ahead of Steven Fletcher, although the only time the pair have scored this season is when they both featured.

The Argentine Ricky Alvarez is still a doubt and his loan spell from Inter has been disrupted by injuries.