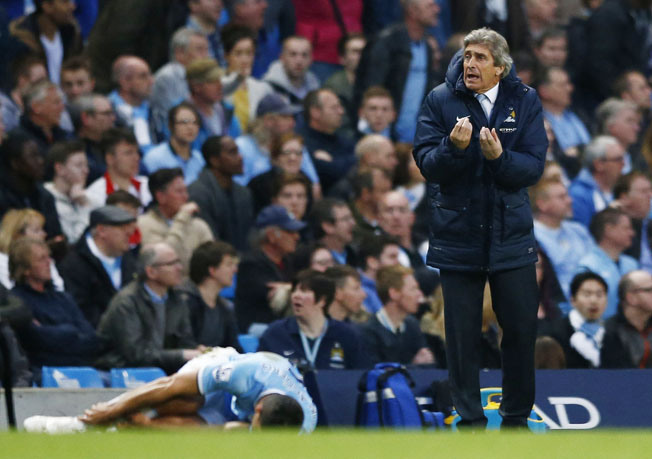 Manchester City are valued as 4/9 favourites by Paddy Power to beat an in-form Crystal Palace side as The Citizens look to remain firmly in the title picture.

Manchester City have been labelled as title favourites right from the start of August but Manuel Pellegrini’s side will need to overcome a resilient Crystal Palace side if they are to make these predictions come to fruition.

There will also be a welcome boost for the visitors as enigmatic midfielder Yaya Toure has recovered from muscular issues and is available for selection after missing the last fortnight.

Despite Toure’s return, both David Silva and Jesus Navas have picked up ankle injuries and won’t be available for the trip to Selhurst Park.

Manchester City’s overwhelming offensive power could really have an effect in Sunday’s clash as The Eagles have only kept two clean sheets against The Citizens in their last 11 meetings which could tip the balance firmly in the away side’s favour.

However, Crystal Palace won’t make it easy as The Eagles have steadily risen to 11th place in the standings and could move into the top ten with an upset victory.

For Tony Pulis, he is still going to be without Marouane Chamakh as the Moroccan has failed to recover from a knock that saw him miss last week’s victory over West Ham.

There are also doubts surrounding Kagisho Dikgacoi after the South African midfielder picked up a knock last weekend and needs a late fitness test to see if he will be available for The Eagles.

Crystal Palace’s form in 2014 has been nothing short of outstanding and the home side have been extremely difficult to penetrate having only conceded 24 goals in their last 20 games.

There’s no doubt that Palace are a good side but Manchester City will take them to their limits as the visitors look to do whatever they can to get a massive three points and stay in the title hunt.