According to reports, the Scotland international might be sold by Manchester United by the end of the winter transfer window with West Bromwich touted as possible candidates

New Baggies manager, Tony Pulis is still interested in taking the United midfielder to the Midlands as a holding midfielder in order to add more experience to the squad and also help it move away from the danger zone.

Reports claim that the former Stoke City manager wanted to sign the Scotsman when he was the manager of Crystal Palace and it was his previous club’s inability to land the midfielder that resulted in Pulis leaving Selhurst Park. 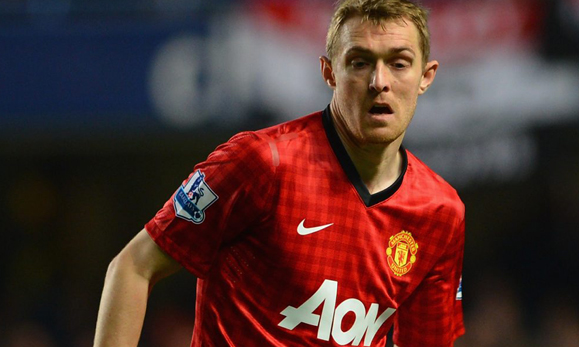 A product of United’s fabled academy, Fletcher has been battling with the debilitating illness ulcerative colitis since 2011 and although he has returned to normal life since, the 30 year old has had a lot of trouble breaking into the Red Devils starting XI.

And although Louis van Gaal does not want Fletcher to leave the club, the Dutch tactician might not stand in his way if the Scotsman asks to be sold.

Fletcher has more or less been demoted in the pecking order as the manager is now focused on ushering the club to a new era following a poor showing last season under David Moyes.