According to reports, Manchester United and the club’s number 1 are on the verge of signing a new long term deal

Real Madrid’s pursuit of Spain international goalkeeper, David De Gea has been dealt a massive blow with reports suggesting that the young shot stopper is one the verge of committing to a long term deal at Old Trafford.

The La Liga giants have been monitoring the former Atletico Madrid man’s contractual situation at Old Trafford for a few months and saw him as the ideal replacement for Iker Casillas as the club legend enters the twilight years of his playing career.

Initially, there were talks of De Gea wanting to return to his native Spain but it appears that those rumors were nothing but a far-fetched tale crafted in order to unsettle the highly talented goalkeeper. On the contrary, the player is very happy where he is at the moment. 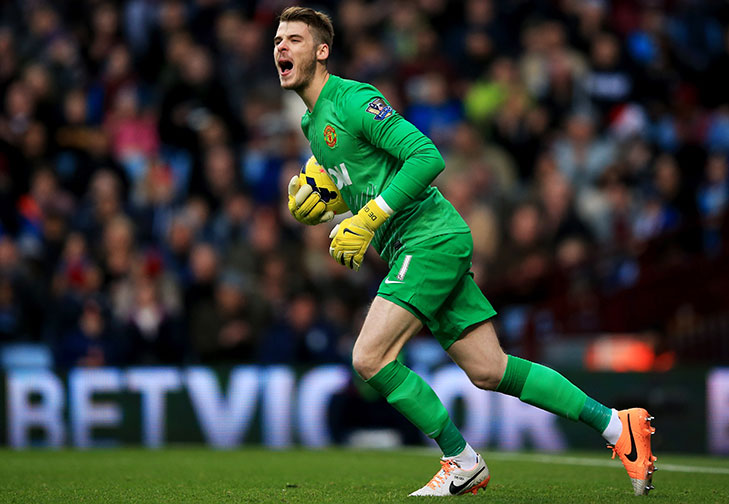 Now however, De Gea’s representatives have edged closer to agreeing terms over a new contract that will double the player’s current weekly salary.

The news when made official will be welcomed from all quarters at Manchester United where De Gea is seen as the heir to legendary shot stopper, Peter Schmeichel who also sees the Spaniard as his one true heir.