According to Louis van Gaal, the Spain international will be signing a new contract with Manchester United soon and put an end to speculation linking him to a move to Old Trafford

The Red Devils manager would definitely be over the moon after he was reportedly informed by the player himself that he will be extending his stay at Old Trafford and will be inking a new long term deal pretty soon. 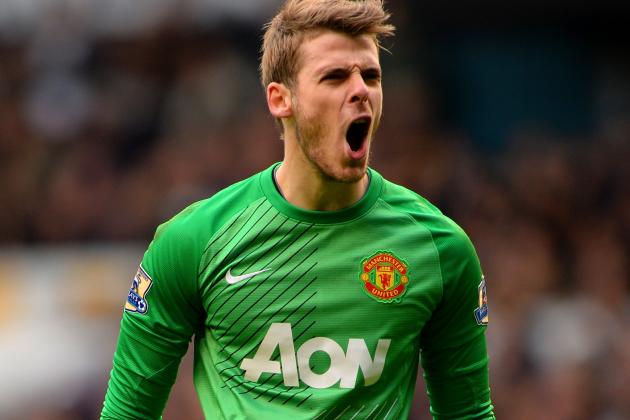 For weeks, De Gea has been linked with a move to Real Madrid as the perfect replacement for Iker Casillas who only recently spoke about his future and hinted at a move to MLS. However, it now appears that Real Madrid might not be able to land a player they want this time around as De Gea gets ready to cast his lot to a club where he has been able to become one of the best shot stoppers on the planet.

While talking to reporters, Van Gaal was ill at ease talking about his number one and stated that he is very pleased with his performances and sees no problem for him to sign an extension.

“De Gea has developed himself in the six months that I’ve been here very much,” Van Gaal said.

“I’m very pleased with his development. I think there is no problem for him to sign.”