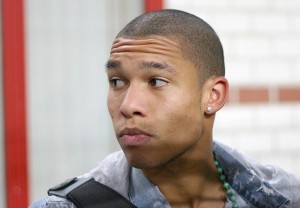 Nigel de Jong has backed Manchester City’s style of freely spending, claiming that it has improved the standard of the Premier League and has resulted in rivals raising their game.
Since the arrival of mega-rich Chairman Sheikh Mansour in 2008, City have been able to spend hundreds of millions of pounds on bringing some of the biggest names to Eastlands.

Sheikh’s investment in to City has been heavily criticised, meanwhile De Jong, who was recruited by City in 2009, is a firm believer that it has increased the quality of the clubs incredibly.

He told the Sunday Mirror: “You just have to look at Liverpool and Arsenal. They have lost what I call their subscriptions to a place in the top four. They now have severe competition from other clubs.

“First, it came from Chelsea. Now we are a competitor too. Arsenal and Liverpool are forced to consider making new signings to strengthen their teams.
“They can’t survive in the top four with a modest transfer policy or just a couple of ordinary signings.

“There are six or seven teams who can fight for the four top places in the Premier League now.”

He added: “If City had not started this development project at Eastlands, the European transfer market would be dead now. We are creating a bigger gap between the bigger and smaller clubs in the league.

“But the big advantage is that the public get to see an incredibly high level of football each week.”

The tough tackling midfielder has admitted that he joined the club due to their high ambitionsm and he believes they are ready to become England’s champions.
He said: “Everyone thought I was mad (when I joined). Why did I prefer Man City above other clubs?

“But Sheik Mansour’s people sold the club and their ambitions very well to me.
“They told me we were going to buy big players and we would be making big steps in a couple of seasons. Everything they said was solid.

“They literally said to me ‘within four years, we will have a team that will play for the league title’. And this season is the first year that is happening.
“I really think we can go and become the new champions of England.”