The Ivorian striker has said that despite nearing the twilight years of his playing career, he does not want to leave the Blues

The Ivorian has been the archetype of all the good things Chelsea Football Club have achieved in recent memory.

After arriving at Stamford Bridge from Olympique de Marseille, the striker became one of the main faces of Jose Mourinho’s revolution that took the Premier League title always from Manchester United and in his second coming, has again showed just why he deserves to enjoy the legendary status in London. 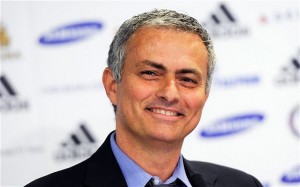 And although his playing days are nearing an end, the former Galatasaray striker says that he is not really thinking about leaving the club he loves so much and has hinted that he might consider joining the club in some capacity.

Rumors claim that Jose Moruinho wants the striker to become part of his coaching staff once he retires from the game and the 36 year old has revealed that he intends to remain at Chelsea on or off the pitch.

“I love this club and would love to be part of this club for the future, with the new players,” he said.

Indeed it would be fitting to see Drogba join the coaching staff.