The Blues striker Diego Costa will contest a charge of violent conduct over his alleged stamp on Liverpool’s Emre Can on Tuesday 27 January.

The FA confirmed the charge on 28 January, which could see Costa hit with an immediate three-match ban, ruling him out of the Premier League clash with Manchester City on 31 January.

Now in a decision fully supported by Chelsea, the Spaniard is contesting the charge, Press Association report. Costa was involved in a series of incidents in his side’s 1-0 win over Liverpool in the second leg of their League Cup semi-final clash.

After the first-half clash with 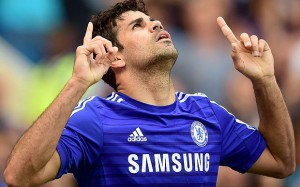 Can, the 26 years-old star was involved in an identical incident later in the contest where he appeared to stand on Liverpool defender Martin Skrtel.

During the post-match press conference, Chelsea gaffer Jose Mourinho defended his player and insisted a certain television analysts was leading a new campaign against his side.

Earlier in the week, Chelsea gaffer was handed a £25,000 fine for earlier comments he made after his side’s 1-1 draw with Southampton on 22 December, where he complained of a campaign by “people, analysts, commentators and coaches from other teams” against his side.

The Blues announced that they have cancelled their pre-match press conference at Cobham on Friday 30 January.