Dinamo Zagreb not looking to let go of Angelo Henriquez

Zoran Mamic, the coach of Croatian giants, Dinamo Zagreb has stated that the on fire Manchester United loanee, Angelo Henriquez is not going to return to Old Trafford as long as Zagreb choose not to sign him on a permanent basis.

The young Chilean was one of Sir Alex Ferguson’s last signing as the manager of the Red Devils and plucked him from Universidad de Chile in the summer of 2012 after he impressed during the South American Copa Libertadores.

However, the youngster has struggled since joining the English giants despite gaining valuable experience through loan spells at Wigan Athletic and Real Zaragoza. Last summer, Henriquez was allowed to join Dinamo on loan by Loui van Gaal for the whole season. 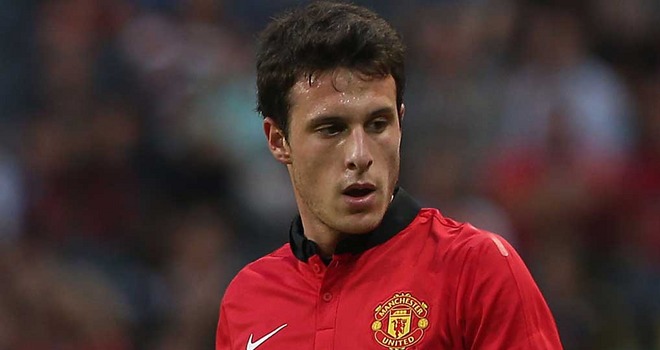 Since the loan move, the striker has been in fine form and has scored seven goals in 12 matches and now that they have seen the potential, the Croatian giants don’t want to lose him.

“Taking Henriquez depends on us, not on Manchester United,” Mamic told HRSport. “We took him with the right of first refusal, which stands at around €1.5 million, and we have already signed a contract with him for the summer. There is no longer any doubt, he is ours and the story is resolved.”