AC Milan have told Liverpool along with Arsenal that they want 11.5 million for Italian  Stephan El Shaarawy if they want to sign him in January, according to media reports.

The report claims that the San Siro side are looking to offload the talented winger, 22, to create funds for a squad makeover, with them struggling in the league.

However, El Shaarawy’s agent has previously said that he would only be sold for a ‘sensational’ fee, but the club seem to have changed their stance.

On other side, Liverpool gaffer Brendan Rodgers aslo keen on deal for Luciano Vietto. The Argentine forward has been in superb form for Villarreal and could help fill the goalscoring gap left by Luis Suarez last summer. 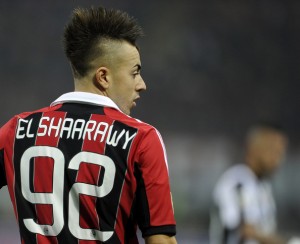 But the Kop boss will have to fork out £12million and fight off interest from Euro giants Real Madrid and Inter Milan to land Villarreal stra Luciano Vietto.

Rodgers has turned his sights on Vietto, 21, after admitting Italian flop Mario Balotelli does not suit his team’s style of play.

Former Manchester City striker Balotelli has failed to shine on his return to the Premier League, and is without a top flight goal in 10 league outings for this season.