Perhaps nothing represents the fairytale of the FA Cup better than the opportunity handed to former Liverpool striker Emile Heskey for a potential return to Anfield in late January.

The hours before the Reds had secured their spot in the competition’s fourth round by beating AFC Wimbledon, the draw for the next stage had paired the tie’s winners with Bolton Wanderers.

The Fresh among the Championship side’s ranks is the powerful Heskey, who will celebrate his 37th birthday this Sunday, after agreeing to a short-term deal with Neil Lennon’s outfit last month.

Fate has now decreed that the man who made 223 appearances and notched 60 goals as a Liverpool player across a four-year spell could be set for a rewarding run-out at the place he once called home. 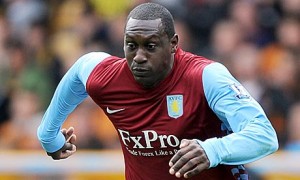 “It was great, wonderful. Who would have thought that at 37, I would be going back to Anfield and having the opportunity to play again”said Heskey.

With his troublesome combination of physical strength and natural speed, Heskey was once a dominant presence for the Reds, not least during the memorable treble campaign of 2000-01.

As recently as November, his steadfast fondness for his old club was in evidence when he laced up his shooting boots to represent a Liverpool legends team in Singapore and find the target.