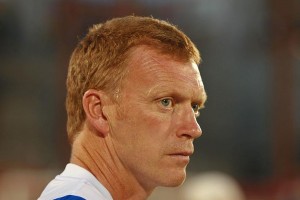 After weeks of rumours and speculation, Everton are preparing to launch a bid for out of place Manchester United playmaker, Darron Gibson.

The Republic of Ireland international has found himself falling down the pecking order at Old Trafford and has found first team football hard to come by lately.

This string of omissions appears all the more remarkable when you consider the raft of injuries currently sustained by the Premier League champions.

United have had to cope with the losses of Tom Cleverley and Darren Fletcher since November, with Cleverley expected to be out until February with an ankle injury while Fletcher’s return date is unspecified whilst he struggles against a stomach illness.

David Moyes has become accustomed to surviving on a small budget during his time at Goodison Park and a £2.5m move for Gibson would fit in well with the club’s usual transfer policy.

Although the 24 year-old has failed to fit in at Old Trafford, Gibson would have the potential to feature regularly in a team such as Everton and would undoubtedly bring valuable mental experience to the side.

The Toffees may not boast the funds necessary to bring in the same big names as their Premier League opposition, but Moyes has shown his ability to squeeze the best out of players when sticking to a strict budget.

Sources suggest that the Irishman is also being monitored by other top flight clubs, however the close relationship between Moyes and Sir Alex Ferguson may prove fruitful in this case.