Latest Everton v Aston Villa odds, plus up to date betting preview as the Villa are taking all the bets at a value looking price of 6/1 (KO 15:00).

Everton will be looking to record just their second Premier League win of the season when they host Aston Villa on Saturday.

Roberto Martinez’s men will feel disappointed they didn’t take anything from a decent performance at Old Trafford.

Angel Di Maria opened the scoring, before David De Gea saved a Leighton Baines spot-kick on the stroke of half-time.

Steven Naismith and Radamel Falcao exchanged strikes, before De Gea’s heroics were needed again, as he produced an amazing save to deny Bryan Oviedo.

Paddy Power are offering 6/1 on Sergio Aguero to score anytime v Spurs (was 4/7)!

Aston Villa lost at home to Manchester City, as their sequence of matches against last season’s top five sides continued.

Having defended superbly for 80 minutes, Villa were finally broken down, when Yaya Toure curled home from the edge out of the box.

Sergio Aguero sealed an away win for the champions, to inflict a third consecutive loss on Paul Lambert’s men.

Everton v Aston Villa – Villains too big to ignore at 6/1? 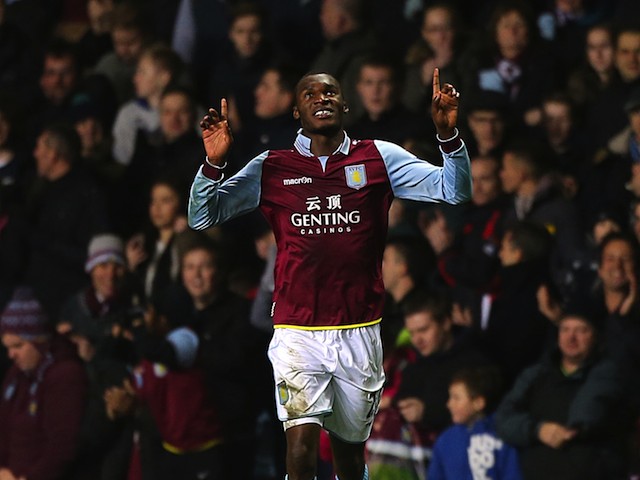 If results got against Everton this weekend they could drop to the bottom of the Premier League, with the Toffee’s just two points above safety.

Last season Everton did the double over Aston Villa, including a late 2-1 win at Goodison Park, thanks to a Kevin Mirallas free-kick.

Team news
John Stones has been ruled out of the clash and will miss up to three months, meaning Sylvan Distin will return.

Aiden McGeady will play from right wing with Kevin Mirallas a doubt, whilst Ross Barkley could be named on the bench.

Ron Vlaar is unlikely to return, meaning Philippe Senderos will again be partnered by Nathan Baker in the heart of Villa’s defence.

Fabian Delph is an injury doubt, however should be able to feature at Goodison Park, whilst Christian Benteke is likely to make a first start this season.