Fabregas’ evolution from Barcelona to Chelsea

The Spanish star, Francesc Fabregas has been one player who has divided opinion among football fans and analyst like no other.

From leaving Barcelona for Arsenal and playing for them in the 2006 Champions League final at a tender age or playing as The False 9 for Spain in the Euro 2012 final,Cesc has done it all and won it all.

At Barcelona he was never going to replace any of Xavi,Iniesta or Busquets nor was he the heir of Xavi as many people made him to be. Cesc doesn’t have the positional discipline which Xavi has nor can he exert the control on a game like Xavi does with his metronomic passing.

Before, during his stay at Arsenal, Wenger preferred playing two deep midfielders to shield the defence. Fabregas replaced one of them,but the combination of Viera or Gilberto plus Fabregas was not always successful. 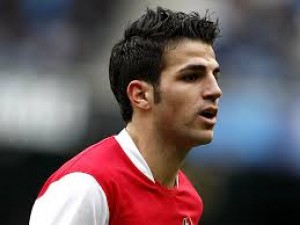 Already in Chelsea, the brilliant Nemanja Matic combined with the lateral movement of the right winger(Generally Ramires or Willian) has managed to negate this problem so far. But still Fabregas is a liability when he plays as part of the deep two

Now at Chelsea, he is back in comfortable surroundings,but his defensive deficiencies are still present and only time will tell us whether Fabregas goes on to become a Chelsea great or not.