Filipe Luis spoke about Chelsea’s strength at Stamford Bridge after the team maintained a 100 per cent league record at home with a win at the weekend.

The former Atletico Madrid player began the 2-0 victory over Newcastle on the bench but was introduced before half-time due to an injury to Cesar Azpilicueta.

The game at that stage was goalless but an Oscar strike just before the interval and Diego Costa’s 15th goal of the campaign in the second half secured all the points.

It was Chelsea’s 10th victory at home in the Premier League this season, and their 12th in succession at the Bridge in all competitions, equaling their club-record such run which began at the end of the 2008/09 season and continued in 2009/10. 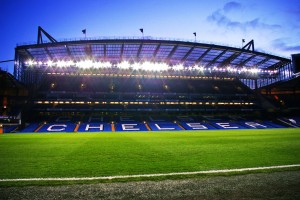 ‘It is very difficult to play against Chelsea at Stamford Bridge and we feel really comfortable, we know how to play on our pitch,’ said Filipe Luis.

The 29-year-old reported that the team were anticipating the visitors from Tyneside would provide a difficult challenge, as proved to be the case before Oscar opened the scoring.