The Scotland international says that Manchester United have got their hands on a truly world class player as the Argentine seeks to put fitness worries behind him.

The Red Devils broke the British transfer record fee to acquire the talented forward from Real Madrid and Fletcher says that his club paid the price for what he feels is a fantastic footballer. And although many Real supporters felt that Di Maria’s brilliance was possible only due to the presence of Cristiano Ronaldo, the former Benfica man has silenced his critics by showing signs that he will always be a fantastic player wherever he goes. 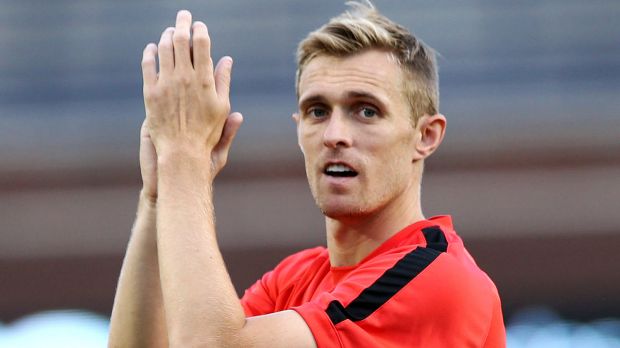 And, despite unfortunate injuries prevent him to showcase his true potential, the player has always showed just why he is so highly rated wherever he has gone.

Stepping off the bench against Yeovil in the FA Cup, Di Maria had a sublime goal to his name and his performances have left his teammates purring all over him.

While talking to MUTV, Fletcher stated, “It was a touch of class to dink it over the goalkeeper, a fantastic goal, so credit to him.”