At present, players without an EU passport are eligible for a work permit if their country is ranked inside the top 70 in Fifa’s rankings and have played in 75% of their nation’s matches in the past two years. 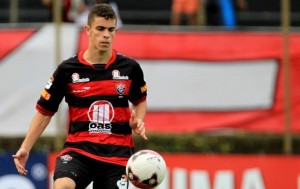 Paulista has never represented his homeland country, Brazil, at any level of international football and therefore does not automatically qualify for a work permit, which leaves his bid to move to the Premier League hanging by a thread.

Now, should Arsenal prove to the Football Association – who act on behalf of the Home Office in matters regarding football registration – that Paulista represents an “exceptional talent”, the player could yet be granted permission to join the north London club.

Arsene Wenger’s side’s best route to signing Paulista during the off-season might be to match the £10m to £15m exemption fee that would ensure work permits are handed to any player whose transfer matches this price.

While Arsenal value the centre-back at around £6m, the current release clause attached to Paulista’s contract is £15m (€20m), which would be enough to register the player in spite of his shallow international experience.