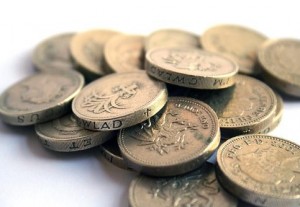 It has been well documented that football has become a big game where big money can be made. Clubs invest heavily in international superstars and super stadiums and, if you play the game right, you can make a big return. The players become the bargaining chips and the term ‘signed a new contract’ has become virtually meaningless, with players being bought and sold at will. However amongst the well publicised buying and selling of players there is a more worrying increase in pricing, and that is the price of watching football itself. The cost for the fans.

The increased competition for results over the last few seasons, with accolades such as a ‘top 4’ or ‘top 5’ becoming every more sought after prizes, means teams are prepared to spend even more heavily to get there. This constant spending however has a huge repercussion for the fans. Clubs such as Manchester United, Manchester City, Arsenal, Chelsea, Liverpool and Tottenham Hotspur are always trying to increase the depth and quality of their squads and this means they spend much more than others in the premier league, and in turn means that they will charge more for their tickets and merchandising. This is not only because they want to make a profit, which is perfectly legitimate because all clubs are run as businesses, but also because they are using their own reputation and popularity to push up prices. They know that they can charge what they like because they have a large enough dedicated fan base that they know people will spend the money to be in their stadiums. However, it is having an affect on the crowds who come to watch the games.

Firstly, the ‘family day out’ to a football match has become more or less extinct, especially at the larger clubs such as Chelsea and Man Utd. Parents are no longer willing to pay into the hundreds of pounds to get their family into a football match. The grounds have become such bad value that it is perhaps not worth ever going to support your team live.

Secondly, the amount of money people are spending affects the way that they watch the game. Imagine paying £120 on football tickets for your family or friends to a Premier League match. 90 minutes later you emerge from the ground £120 worse off with you team having lost, or perhaps even worse, drawn 0-0 (some personal experience there). Imagine the sense of anger you feel for your team, having given you a dismal performance in return for what is a lot of your own money. Crowds are becoming ever more frustrated within the grounds as a match draws to a close, feeling their money slipping away from them, and giving them a generally awful experience.

Perhaps however this is a price we have to accept to watch our top class teams play and compete with the rest of the best in Europe. Our money (or some of it anyway) goes towards investment in the teams and facilities that only further improve our team, and with the cut-throat result dependent nature of football nowadays, still mainly driven by the fans wanting results, this perhaps means we are only inflicting the increasing prices upon ourselves with the constant striving for bigger teams and better results.