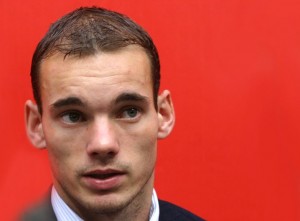 Who would have thought that Liverpool would be keen on Newcastle United’s captain Fabricio Coloccini? That seems to be the buzz today as we begin to head into the last weekend of football before November. With Halloween coming up you expect some horror stories but quite what will happen over the up and coming months we shall have to wait and see.

Another shock is that of Josh McEachran who, currently at Chelsea, may be on his way out of Stamford Bridge on loan. Whilst he is still young, many had believed the youngster would be brought into the team a little earlier but same old Chelsea look to want to send him out first, it worked with Daniel Sturridge so the gamble may pay off.

Stoke City have emerged as possible suitors for Liverpool and Arsenal target Wilfried Zaha and there is a small chance that Tony Pulis’ side will use Riccardo Fuller as an exchange to Crystal Palace for the youngster.

Liverpool FC could bid as early as January for Newcastle United captain Fabricio Coloccini with interest in Bolton Wanderers centre-back Gary Cahill looking to have diminished.

Manchester United are ready to drop their asking price for goalkeeper Tomasz Kuszczak who is now thought to be fourth choice with the likes of David De Gea, Ben Amos and Anders Lindegaard ahead of him.

Swansea City manager Brendan Rogers has confirmed he would like to take Chelsea’s up and coming midfielder Josh McEachran on loan.

Manchester United will be keeping a close eye on the ability of Everton youngster Ross Barkley this weekend if he plays.

Brighton and Hove Albion are looking to lure Newcastle United’s Alan Smith to the club.

Doncaster Rovers are preparing themselves for a bid from Ipswich Town in the region of £1.5m for stiker Billy Sharp.

Celtic are ready to appraoch Seville for striker Arouna Kone who is currently on loan at Levante.