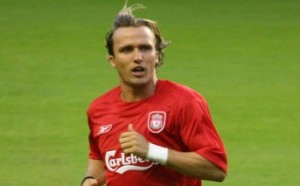 The first week in November is usually the point where most transfer rumours and speculation begin to pop up from everywhere and this year is no exception. With Manchester United already having made their first signing for January, other clubs are likely to follow suit with certain players, albeit for those that will play a part in the clubs future and not the immediate impact many will expect.

Newcastle United’s start to the season has them linked with numerous players although it can be claimed that manager Alan Pardew will play it cool as he did during the summer.

Arsenal, Manchester United and Manchester City are keeping a watchful eye on Ghana’s international left sided midfielder Kwadwo Asamoah this season with it likely that at least one club will make an approach for the Udinese player within the year.

Newcastle United are ready to go back for Birmingham City defender Liam Ridgewell in January but will face competition from West Bromwich Albion for his signature.

Bristol City are rumoured to be keen on Stoke City’s experienced midfielder Michael Tonge and are believed to be looking to bring the 28 year old to Ashton Gate on loan within the next fortnight.

Manchester United have made their first signing for 2012 already having completed a deal for 15 year old youngster Andreas Pereira.

Celtic are reported to be keen on former Middlesbrough forward Boudewijn Zenden.

Newcastle United are prepared to wait until the summer for bosman targets Gary Cahill and Junior Hoilett but will have to hope that neither sign a contract extension before then or are sold on in January, something that looks exceedingly likely to happen to both players after Christmas.

Blackburn Rovers manager Steven Kean claims his players within the squad are fed up over certain fans looking to oust him from the side.

Liverpool FC defender Daniel Agger has described his side recent display against Swansea as a group of “headless chickens”.

Nigel Pearson wishes to return to Leicester City but a compensation package will need to be agreed with current club Hull City.