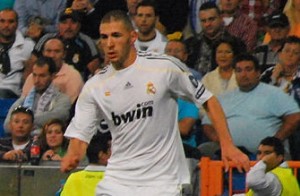 As we edge ever closer to the January transfer window, a window that managers make no secret as being the most annoying mid-season, certain aspects of transfer gossip really appears to be hotting up especially where Tottenham, Arsenal and Chelsea are concerned.

Here is a compilation of today’s football transfer rumours and gossip:

Arsenal are believed to be preparing a mammoth bid to finally bring Real Madrid striker Karin Benzema to the club.

Tottenham are planning an audacious raid on Real Madrid to take out of favour playmaker Kaka to White Hart Lane on loan for the remainder of the season.

Bobby Zamora remains a top target for Premiership side QPR as they look to add to their attacking options in January.

Bolton have identified Crawley Town defender Kyle McFadzean as the long term replacement for Gary Cahill should the England international be sold in January.

Chelsea have joined the race to sign Newcastle United’s dynamic midfielder Cheik Tiote but will face competition from Manchester United and Tottenham Hotspur.

Steve Cotterill is looking to sell players in order to raise cash to buy a new striker at Nottingham Forest.

Manchester United have earmarked Nathaniel Clyne as the man to be the long term replacement for Gary Neville who retired last season.

Liverpool are pondering a move for either Fabrice Muamba of Bolton Wanderers or PSV Eindhoven’s Kevin Strootman.