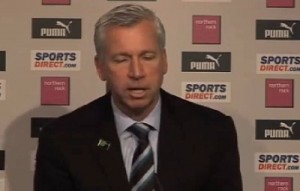 Arsenal and Tottenham look to be tussling over the one player whilst Manchester United appear to be looking at emergency back up due to the injury ravaged squad that Sir Alex Ferguson currently has. The Carlos Tevez saga also looks to be gaining pace once again as we start to reach the festive season.

Chelsea appear to be ready to listen to offers upwards of £20m for out of form and out of favour striker Fernando Torres who joined last January for £50m from Liverpool.

Arsenal have not given up hope of landing marseille striker Loic Remy despite big interest from Tottenham Hotspur.

QPR are keen on Manchester City’s Nigel De Jong with a rumoured loan offer on the cards for the remainder of the season.

Arsenal are reported to be interested in AC Milan right-back Taye Taiwo.

Tottenham Hotspur midfielder Sandro looks to be trying for a move away from White Hart Lane with numerous clubs apparently interested in his services.

Newcastle United are reported to find 20 year old Anthony Knockaert and interesting player and bid could be forthcoming in January.

Bolton feel they may already have Gary Cahill’s replacement within the squad with United States defender Tim Ream currently on trial at the Reebok side.