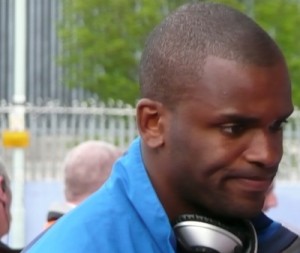 It appears the Gary Cahill move is now gathering pace with the Chelsea manager admitting he is keen to land him but there are also claims that Alex could be heading out of London in January. Arsenal meanwhile now look to be targeting a loan player due to the sustained injury to Kieran Gibbs.

Manchester United are believed to be in talks with Benfica over a proposed move for midfielder Nicolas Gaitan.

QPR could be about to launch the most audacious of offers as they try to land Darren Bent from Aston Villa in January.

Manchester United, Chelsea, Liverpool and Manchester City are all on red alert after it emerged that Real Madrid could be offloading a host of their midfielders next summer to try and trim their squad.

Premiership sides Swansea City, Aston Villa, Bolton Wanderers and Fulham are all keen to land Chelsea’s Josh McEachran who has been told he can go out on loan in January.

Arsenal are keen on Manchester City striker John Guidetti who is currently out on loan to Dutch side Feyenoord.

Manchester United are interested in Independiente forward Patricio Rodriguez but will face competition from abroad for his signature.