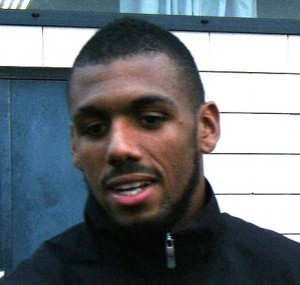 The Russians are coming! It appears any players will just an iota of talent is these days being linked with a move to Russian or former states of Soviet Union. They’ve all been linked from Gareth Bale to Robin van Persie. Whether they’ll want to move and be able to hack the weather is another thing. Today is appears that a Tottenham Hotspur target is next on the wanted list but in all honesty, only a few, if any of these moves have happend, the name Eto’o springs to mind.

Tottenham Hotspur look set to miss out on long term striker target Leandro Damiao after it emerged that a “Ukrainian side” have made an offer of £34m, virtually pricing Redknapp’s side out of the game.

Brek Shea, who is currently training with the Arsenal squad will be offered a deal in January after impressing manager Arsene Wenger.

Yann M’Vila will join either Spanish giants Real Madrid or Arsenal according to one of the players team mates.

Liverpool are preparing a £34.2m bid for Barcelona forward David Villa but will face competition from Premiership rivals Chelsea for his signature.

The new 2012 Great Britain Olympic shirts have been released.

Chelsea are keen to bring Barcelona’s 19 year old starlet Rafinha Alcantara to Stamford Bridge and an offer could be forthcoming in January with the youngster only having little time on his current contract.