Home » Football » Arsenal » Could Francis Coquelin be the answer to Arsenal’s midfield problems?

Could Francis Coquelin be the answer to Arsenal’s midfield problems?

Francis Coquelin has returned from a loan spell at Charlton to feature heavily for Arsenal over the busy festive period.

A little more than two months ago, the Frenchman was a substitute for Charlton’s Championship clash with Reading. He found himself behind the likes of Yoni Buyens and Johnnie Jackson in the pecking order.

Since then, he has experienced a dramatic change in circumstance, now starting regularly for Arsenal and making a case for long-term inclusion in the first-team squad.

There is certainly an element of fortune about the rise to prominence. It’s difficult to call any Arsenal injury crisis “unexpected” but few could have predicted quite how many midfielders the Gunners would lose this winter. 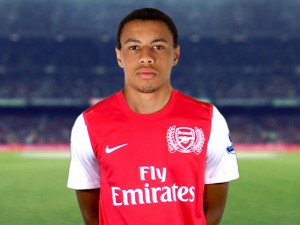 Mesut Ozil, Jack Wilshere, Aaron Ramsey, Mikel Arteta and of course Abou Diaby all succumbed to injury. Had Arsenal been able to call upon their regular retinue of midfielders, Coquelin would most likely have extended his loan spell in the Championship.

Instead, gaffer Arsene Wenger invoked an emergency recall clause to bring him back as cover and since returning, he has played like a man on a mission.

However, Coquelin has always had quality in past. He was regular partner of Wilshere at youth level for Arsenal but struggled to follow the Englishman’s trailblazing path to the first-team setup. Later this season, Coquelin will turn 24. It seemed his chance had gone.