Gabriel Paulista is born to play for Gunners

There was no big headlines were written in the summer of 2013 when Gabriel Armando de Abreu , best known as Gabriel Paulista arrived in Spanish football.

As in a Championship monopolized by Barcelona and Real Madrid, Paulista’s signing for Villarreal -for a fee of just €3.5 million – was not a matter of discussion. Even the Spanish pundits were scratching their heads about how to describe this new Brazilian import, born in Sao Paulo in 1990. 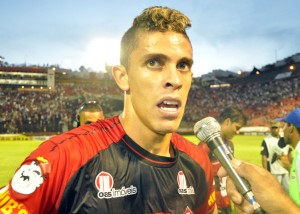 Florentino Perez’s classic quotation, Gabriel Paulista was born to play for Arsenal. Technically gifted, he is able to pass and dribble like a midfielder, fitting seamlessly into the tiki taka style that led Villarreal into the Europa League in their first year after achieving promotion.

One and a half seasons after Paulista’s arrival to European football, Arsenal are about to invest £15 million in him, making him the most expensive defender in the club’s history.

The Gunners fans might be wondering whether such a large outlay is prudent, especially when it comes to the subject of a defender. But it won’t take many weeks for the club to be vindicated.

To settle down in a new country, a new lifestyle and a new league did not deter Paulista when he arrived on Spain’s eastern coast.

And it is hard to believe the story will be any different this time around. In fact, a couple of games should provide irrefutable evidence that the Brazilian was born to play in the Premier League.