The Welsh international has become seriously tired of life at Real Madrid and after his recent issues with teammates, is keen on returning to England.

After two consecutive instances where he chose to go for glory rather than teeing up a teammate, Gareth Bale has made the likes of Karim Benzema and Cristiano Ronaldo livid. The Portuguese Ballon D’Or contender was even seen swearing at the Welsh forward for not passing him the ball during the recent win over Espanyol.

And now, Gareth Bale is seriously considering leaving Spain and is reportedly welcoming the opportunity to return to English Premier League and will welcome the advances of Manchester United who have been known admirers of the player for quite some time. 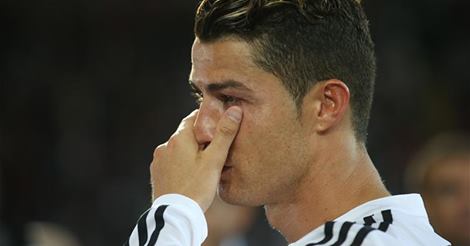 Moreover, Real Madrid are also considering the possibility of allowing the player to leave as the authorities do not want to have a player in the dressing room who cannot get along with star player CR7.

Indeed, Bale is seemingly livid with the politics at play in Madrid and wants to end what he considers a rather rollercoaster ride which he has experienced since he moved to Santiago Bernabeu a year back for a world record transfer fee from Tottenham Hotspur.