Its Germany v Ireland, with the latest betting odds and match previews as the Irish look a touch of value at 16/1 tonight.

The Republic of Ireland face a wounded Germany side with both in need of a result in Euro 2016 qualifying.

Keane’s hat-trick means nobody has scored more goals in European Championship qualifiers than the forward.

TUES OFFER: Winner are offering 5/1 on Scotland to score anytime tonight (was 29/20). 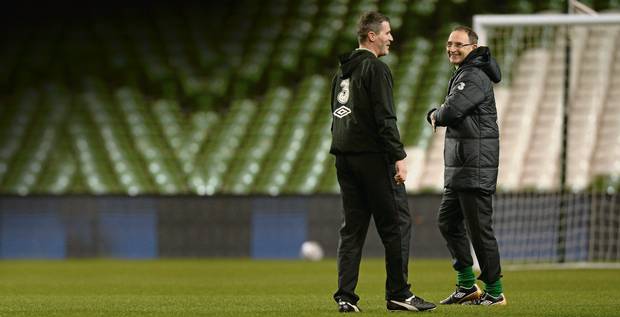 Germany lost their first qualification match since 2007 and first competitive game since 2012, going down to a surprise 2-0 defeat away to Poland.

Second half goals from Arkadiusz Milik and Sebastian Mila helped the hosts to a surprising result that has blown the group wide open.

Ireland and Germany met in 2014 World Cup qualification, with Joachim Low’s easing to victories in both.

Germany hit six in Ireland, before a 3-0 win in front of their own supporters, with the injured Mesut Ozil scoring.

Ireland’s last win over Germany came in 1994, in a friendly prior to the World Cup that year, with Garry Kelly scoring!

Erik Durm will continue in defence despite a disappointing showing against Poland, with Julian Draxler also set to start.

David Meyler looks set to make way for Ciaran Clark in what is likely to be the only change from the win over Gibraltar.

Darren Gibson and Derby’s Jeff Henrdick are likely to be holding midfielders on Tuesday evening, having a different role to the match against Gibraltar.