Liverpool captain Steven Gerrard will leave the club when his contract expires at the end of the season.

The former England captain, who made his Liverpool debut in 1998, will not move to another English club.

The Reds will make a statement on the midfielder’s future on Friday. 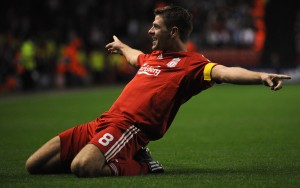 It was never a question of money for Gerrard, who has rejected a number lucrative moves to the likes of Chelsea, Real Madrid and Bayern Munich over the course of his career.

He remains the only player to score in the finals of the Champions League, UEFA Cup, FA Cup and League Cup.