The 2014 Grand Prix Darts tournament continues into day two from the City West Hotel in Dublin Tuesday, with another scintilating offer available from Tuesday’s card.

Get the enhanced price of 4/1 on Mervyn King to beat West Newton tonight (was 5/6) – Click above!

Winner.co.uk will offer Mervyn King at an enhanced price of 4/1, boosted from 5/6 to beat Wes Newton in tonight’s match as punters and darts fans alike get stuck into the 2014 Grand Prix.

We’re in for another night of top quality arrows as we see Michael Van Gerwen, Mervyn King, Raymond Van Barneveld and last year’s runner up Dave Chisnall all in action.

The opening night saw plenty of high quality action as the pre tournament favourites started their campaigns off with comfortable victories. 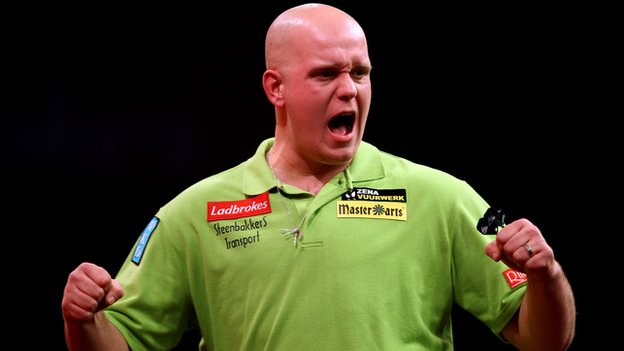 All eyes were once again on Phil Taylor as he took the stage against the ‘Bronze Adonis’ Steve Beaton, and despite not looking totally comfortable at the oche, its was the 16 time world champion who took the spoils with a 2-0 victory.

Taylor’s fellow Potter, Adrian Lewis survived a scare from Daryl Gurney, with the match going into a final leg decider, and it was the two time World Champion Lewis who came through 3-1.

Third favourite Gary Anderson made short work of local favourite Brendan Dolan, racing to a 2-0 win with an average of nearly 99.

It should be another cracking night with the all Dutch affair of Michael Van Gerwen taking on Vincent Van Der Voort taking centre stage at 21.30.