The Lyon starlet Nabil Fekir will hold contract negotiations with the club this weekend, according to media reports in France.

Fekir has been strongly linked with Arsenal in recent months after a successful start to the season, which has seen him score eight goals in 17 Ligue 1 games from his attacking midfield position.

Although the 21years-old is under contract at OL until 2019 having signed an extension last summer, he is in line for a new deal and a considerable salary increase in recognition of his increasingly key role in the team and the level of interest in signing him. 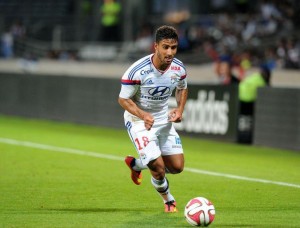 With all these developments, Lyon president Jean-Michel Aulas has lined up a meeting for this weekend to discuss another contract extension for Fekir.

On other hand, Manchester City are also thought to be interested in the France Under-21 international, Fekir’s dad recently said that his son would only leave Lyon to join Arsene Wenger’s Gunners.

Now the deal is more likely to happen in the summer, with Mohamed Fekir also saying that Nabil would want to secure Champions League qualification for high-flying Lyon before plotting his next move.

Wenger already signed Krystian Bielik from a polish club this January and he’s looking forward for a complete defender also as his side failed in defense throughout this season.