Arsenal are set to table an audacious £7m bid for out-of-favour Chelsea goalkeeper Petr Cech and the player would consider a move to the Emirates Stadium.

Cech has been on the books at Chelsea for over ten years since joining the club from Rennes in 2004 and up until this season.

He is a regular fixture in the Blues starting eleven and played a key role in winning a number of honours including three Premier League titles, four FA Cups and the Champions League.

However, the 32-year-old has been axed from the first team this campaign with Jose Mourinho naming Thibaut Courtois as his new number one after the Belgian youngster enjoyed a hugely impressive spell on loan at Atletico Madrid. 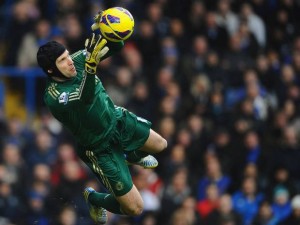 Arsenal gaffer, Arsene Wenger has finally lost patience with Wojciech Szczesny after his two errors led to a 2-0 defeat to Southampton on New Year’s Day and the Gunners supremo is now set to table a £7m bid for Cech.

It remains to be seen yet that how Chelsea will react if Arsenal do follow up their interest with an official bid.

Cech’s agent, Viktor Kolar, recently urged the Gunners to make an offer and suggested that the Czech stopper would consider a switch to the Emirates – although he feels any potential move may have to wait until the summer.