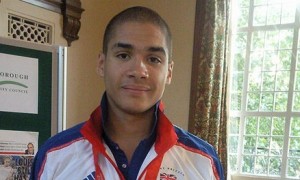 Following some impressive performances in major competitions, Louis Smith has shown why he is a gymnastics medal hopeful for London 2012. January will be a crucial month for Smith as Team GB’S Male Gymnasts still need to gain Olympic qualification. This follows an uncharasterically disappointing performance at the 2011 artistic gymnastics World Championships in Tokyo back in October, where despite winning Bronze on the pommel horse after an unsteady dismount, Smith, along with the rest of his team mates, failed to secure their spot at the London Games.

Team GB missed out on a top eight finish which would have guaranteed them qualification for next year’s games. Failing team qualification, under new rules set by FIG- the sport’s governing body, a team could qualify through an individual if they performed across three events, gaining an average of 85% of the qualifying score. Unfortunately for Team GB, Smith only competed on the pommel horse and another British hopeful, Dan Purvis, narrowly missed out on a medal which would have earned him a place at the Games.

If Team GB qualify, Smith, 21, will hope he can emulate performances on the pommel horse such as the 2006 Commonwealth Games where he won Gold, as well as Silver medals at the 2009 and 2010 European Championship and World Cup respectively. Already an Olympic Bronze medallist in Beijing, Smith will have to rely on team mates including Daniel Keatings and Dan Purvis, who narrowly missed out on a medal in Tokyo, for successful qualification in London.

In order to qualify, the team must compete against other countries who also missed out at the championships in Tokyo, including Canada and France, at the test event which takes place at The O2 Arena from January 10-13, where the gymnastics will be held during the Games. They must finish within the top four to secure their place at the London Olympics. At the World Championships, a number of errors across the team’s displays proved costly for their qualification hopes. The young team made several mistakes on apparatus including the pommel horse and particularly on the high bar which contributed to their poor placing but an improved performance next month would surely guarantee their place for London 2012.

If the men’s team were to qualify it would be the first time that Great Britain have had both a full squad of men and women at the Olympics since 1984. If the men make the final cut, they will be competing against World Champions China, along with Japan and USA- the top three teams to make it through from Tokyo. The British Women’s team qualified in 5th place at the World Championship this year, the highest finish in history for either a men’s or women’s team in the competition.