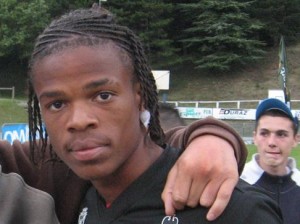 The transfer merry-go-round at White Hart Lane is continuing in full flow after Harry Redknapp personally travelled to France so that he could take a look at some of Ligue 1’s most talked-about prospects.

The match in question was a clash between the French top flight’s elite as current league champions Lille travelled to the Stade Velodrome to take on high-flying Olympique Marseille.

Although it takes more than 90 minutes to fully assess the current ability and potential of a purchase, the game was a perfect opportunity for the Spurs manager to take an in-depth look at Eden Hazard and Loic Remy, both of whom have been associated with moves to the North London outfit.

That being said, Remy is by far the player who has been more strongly linked with a Premier League switch with Redknapp previously stating that he would be interested in making a move for the £20m-rated attacker.

And how pleased the former Portsmouth boss will have been with his preferential signing, as the Frenchman netted a winning brace as the home side strolled to a 2-0 victory over the visitors.

Remy has impressed greatly this season, scoring 13 goals in 26 starts across all competitions and with Tottenham in the market for another goal-threat, it’s very possible that the 25 year-old could be on his way to White Hart Lane this month.

Redknapp stated in an interview in late December that his side would be making a ‘major January signing’ as they look to push on in their growth as a Premier League as well as a European force.

If Remy were to replicate his Ligue 1 goalscoring form in England’s to flight, there’s no doubt that he would be just that ‘major signing’ that Redknapp mentioned.

The Lilywhites are currently relying on the form of on-loan forward, Emmanuel Adebayor, to carry their frontline but it’s no secret that the Spurs hierarchy are looking to add some additional firepower.

Jermain Defoe has also pitched in with his share of goals this campaign, coming off the bench in most appearances to lend a hand where he is needed but the pint-sized striker looks to be heading for the club exit in the summer if not in the current transfer window.

The forward would fetch a sum of around £9m if he were to be sold at his current estimation, money that could all go towards the £20m replacement of Loic Remy.