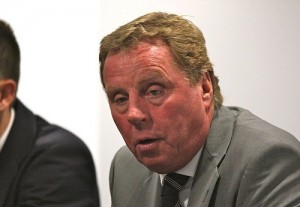 Harry Redknapp has indicated that he will now face the conundrum of picking either Jermain Defoe or Rafael van der Vaart in his starting setup after the latter told of his annoyance at being played on the wing.

The Dutchman said that he does not enjoy the defensive side of his role, and prefers to be used in a more central role where he claims he is most threatening in attack.

However, Redknapp has utilized the attacking pair of Defoe and Emmanuel Adebayor well, and the duo have featured well together in recent games.

With the central form of Luka Modric and Scott Parker, the Spurs manager faces a tough challenge on his hands keeping all of his midfielders happy with the position they play in, and the game time they receive.

Speaking to The Sun, Redknapp commented: “Yes, it does seem to be a problem. Rafa (Van der Vaart) can’t run back and chase the full-back. Against the better teams it is a problem.”

He added: “So, I guess I have got a decision to make, haven’t I? I suppose it’s now between Rafa and Jermain over who plays in the team. “Rafa is a terrific footballer. He has great skill. But if you’re in the team and asked to do a job, really, you should just do it.”