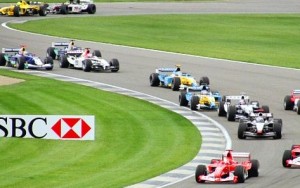 2011, as ever, was greeted with the rising sense of anticipation from Formula 1 fans around the world as a new season was set to get under way.

The enthusiasm was only heightened by the elaborate revealing of the 2011 cars by major teams such as McLaren, Ferrari and Red Bull. McLaren themselves had much to look forward to in 2011, finally putting to bed what was a lacklustre previous season and when revealing their new car it was obvious the designers where briefed with the word ‘attack’, as the new car sported L-shaped air vents instead of the more usual shaped vents developed by other teams.

Now as the season draws to a close, we can start to review what has been a very different and, at times, controversial year. With the expansion and increased investment in F1, the FIA made continuing efforts throughout the season to increase the excitement in a sport that has been described by some as a ‘procession’.
With the return of Kers, and the introduction of DRS (Drag Reduction System), which was intended to increase the cars top speed and also improve overtaking, the entire season was set up to be faster and more exciting than ever. However, this was an experience that many of the fans felt they didn’t receive, with the season finishing very early after the total domination by Sebastian Vettel.

The attempts to make F1 more ‘exciting’ by the FIA means they have introduced systems such as Kers and DRS, however these seem somehow ‘artificial’, creating overtaking opportunities when there were none, and meaning many cars cannot defend themselves easily when they do come under attack from competitors behind them. The situation seems to have got so desperate that earlier in the year plans to introduce ‘artificial rain’ using sprinklers at the edge of the track were put forward. Personally I couldn’t believe such an idea was even considered. It seems preposterous that rain should be timed/scheduled , totally taking away the sudden unexpected excitement of rain in the first place.

Not only this but it seems totally ridiculous that the FIA limits the amount to which teams can improve their own cars performance, and therefore limit the amount of good ideas that can be applied to the car, when they are concerned the sport is not reaching out enough because it needs to be more entertaining. Surely you should allow a natural difference in pace to emerge between teams instead of trying to create differences in pace through DRS and Kers.

All in all, this season has definitely has something taken away from it by the easy win for Team Red Bull, however the main bulk of the blame for such a lacklustre season mainly lies with the FIA, a governing body who seem more interested in increasing the excitement to encourage investment rather than looking to see what fans themselves want to prevent predictable races.