Fridays horse racing cards come from Newbury, Doncaster and Wolverhampton as we bring you the latest live streaming and tips from todays coupons.

Our tipster Lewis Jones finds himself in top form. He followed up his incredible effort of tipping up 20/1 winner Berkshire on Friday by piling into 9/4 chance Nebula Storm on Monday, who won as easy as Lewis predicted. You’d be a fool to miss out on his tips at the moment.

Let’s see where his money is going today….

Foxtrot Romeo is a horse that once was on my radar for the 2000 Guineans back in the day and although he never managed to hit those heights, he’s now dropped to a handicap mark that makes him backable today.

He’s the best bet of the day in the Racing Post/SIS Betting Shop Manager Handicap at Doncaster.

He has struggled for form since finishing second in the Irish 2000 Guineas back in 2012 and has been passed around trainers like plate of sausage rolls at a wedding buffet. 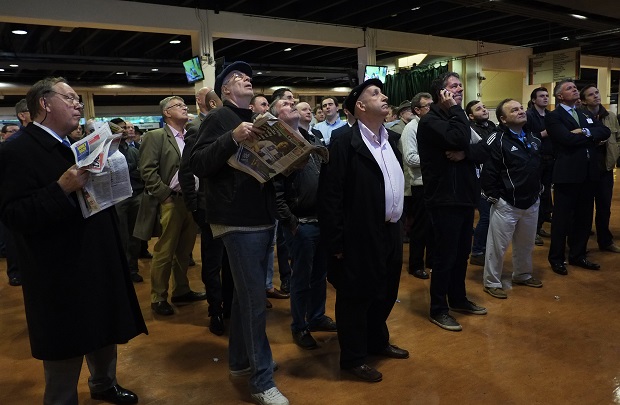 Starting his career with Richard Hannon, he has since been in the care of Jonny Murtagh before being moved back to England with Marco Botti. In truth, both have yet to really get to the bottom of this undoubtedly talented colt but signs have been there in his recent outings that he’s on the way back to his best form.

Foxtrot Romeo has shown up well in a handful of competitive events and only narrowly failed to strike at Wolverhampton last month. He could be counted as a bit of an unlucky loser that day too as he had to race wide and lost crucial momentum at a critical time.

That run was deemed good enough by Botti to send him for a crack at the Ayr Silver Cup and he ran a solid race. He wasn’t quite good enough to land bumper prize money but he was strong where it mattered at the finish to get his head into fourth.

The handicapper hasn’t lifted his mark despite that effort, which makes him ahead of the assessor in my eyes. Finding horses like this that the handicapper has got wrong are the key to making long term profit on the horses.

This is a deep race with Aetena at the top of the betting a very dangerous proposition if putting her best foot forward. But Foxtrot Rome has a lot in his favour to go close, especially around the 14/1 mark. He’s by no means a banker but for those that like value then they should be getting on his chances.