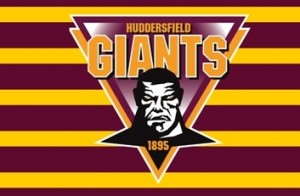 Super League side Huddersfield Giants have signed former Featherstone prop forward Tony Tonks on a twelve month contract with the player admitting to looking forward to the challenge.

The West Yorkshireman had plied his trade for Featherstone since 2007 and was part of the side that recently beat Sheffield Eagles 40-4 in Sunday’s Co-operative Championship Grand Final.

The 26 year old said of his chance:

“I’ve got the chance to prove I’m now ready to play at Super League level, which is something I’m looking forward to doing, that’s a challenge that excites me and I believe that the Giants are the perfect club to help to bring the best out of me.”