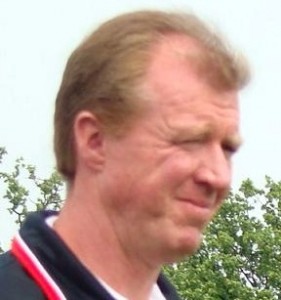 Former England manager Steve McClaren has come in for constant criticism since his appointment as Nottingham Forest manager in June.

So far the club have played three competitive fixtures under McClaren, drawing 0-0 on the opening day of the season at home to Barnsley, a victory on penalties at home to rivals Notts County and a disappointing 2-0 defeat away at Millwall.

I say disappointing because it is always disappointing to lose a game of Football but I don’t think this is a bad loss Millwall are not a bad side and will always cause teams problems, they were 2-0 up with two minutes to go against play off finalists Reading just 7 days before they beat Forest.

Putting his three results at the moment to the side as three games is clearly not enough time for a new manager to get his side playing the way he wants, McClaren has made some good signings, George Boatang will bring experience to the side having played Football at a higher level than almost every other member of the squad.

Andy Reid despite his match fitness and work rate issues still has the quality to punish many sides I am sure a lot of sides would of attempted to sign the former Tottenham man.

For me McClaren’s most impressive signing was Jonathon Greening who is no doubt still very capable of playing in the Premier League, I was somewhat surprised Fulham let him go and I think that is a big capture for Forest.

McClaren also added Ishmael Miller to his squad yesterday; although he has had his injury problems at his best he is more than good enough for the Premier League and could be a major asset in the Championship.

Despite this being a defence don’t think I am a huge McClaren fan as I am certainly am not. I just think he deserves time to mould the side the way he wants to. McClaren is responsible for one of the worst nights of my Footballing life, I was at Wembley the night we lost toCroatiadue to “the wolly with the brolly” so a fan I certainly am not.

If results continue to be as bad after 10 games then yes there is cause for concern and criticism of his managerial skills can then be justified, but as the saying goes “Rome wasn’t built in a day” and I think once McClaren has got the squad accustomed to his way of playing Nottingham Forest will be serious contenders for promotion.

What are your thoughts? Is McClaren right for the job? Are you worried about the results so far? What do you make of his signings? How far do you think he can take Forest? Leave a comment and let us know your thoughts